Excuses – All They Do is Keep You Stuck 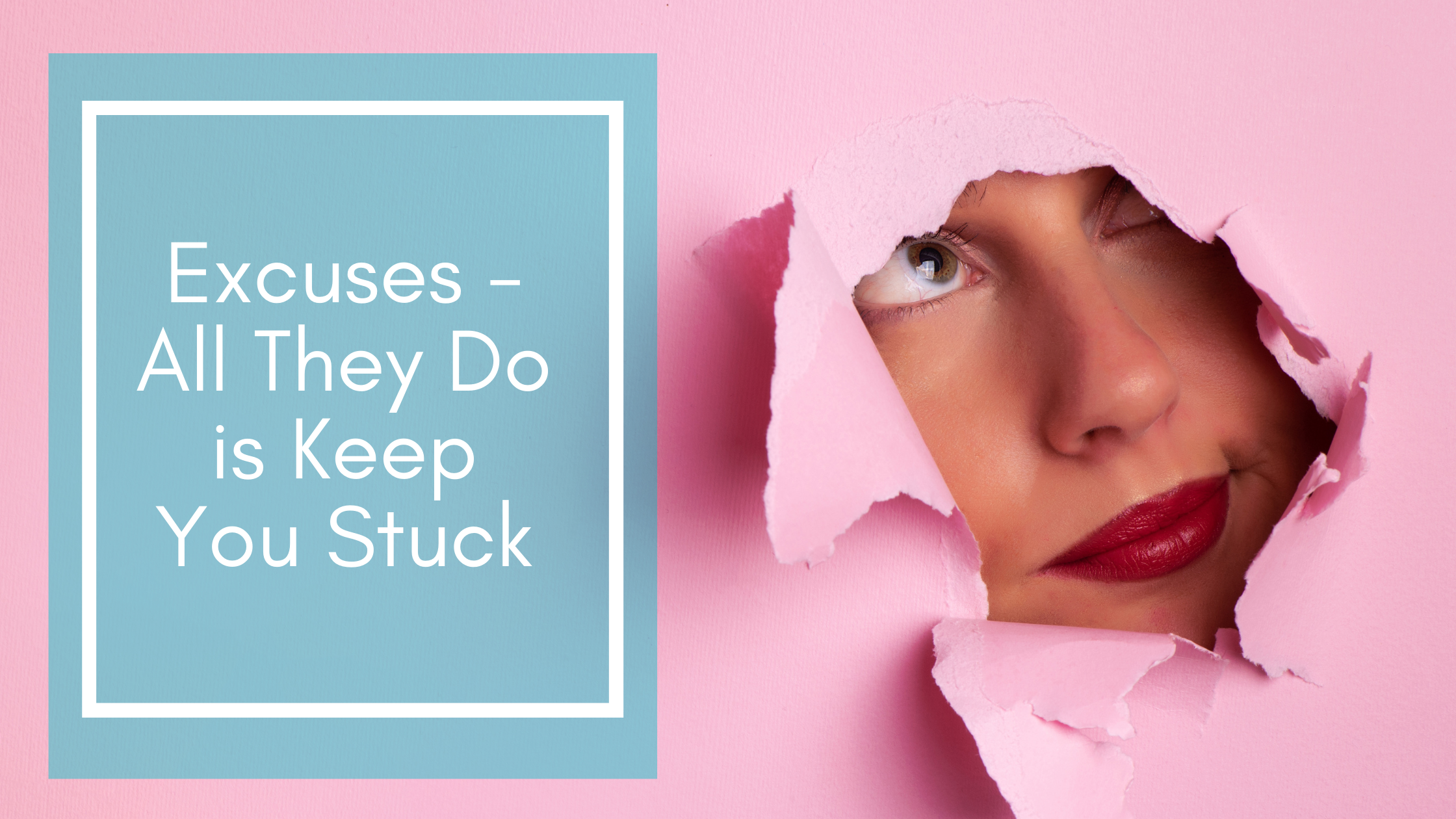 As hard as we may try, most everyone is guilty of using excuses to some degree. Despite how commonly we use them, excuses are a bad habit that’s detrimental to your growth in life. However, this issue isn’t so black and white.

There are different types of excuses you can make that have their own unique consequences, both in your life and with those close to you to whom you make the excuses. These same excuses can affect you in your everyday life, as well as in your relationships with others.

Through this article, we’ll explain the different types of excuses and how each of these excuses can affect you.

Excuses come in many different shapes and sizes. Each comes with its own consequences of varying severity and can affect you in a different way.

Relying too heavily on these excuses to try and get away with poor behavior or to try and deflect fault can lead to damaged or strained relationships between you and those you love as well as a stagnation in your personal growth.

The standard excuse is the most common excuse. It’s your go-to excuse for being ate, forgetting to call, or forgetting to pick something up at the store. These excuses are mild and forgivable so long as they aren’t overused. If you find yourself making these excuses every single day, you should address the issue.

Making excuses for bad behavior is pretty common, but it’s also problematic. No one likes to be caught in a screw up or be called out for bad behavior and our knee-jerk reaction is often to excuse the behavior in an attempt to redeem ourselves and deflect fault. This is a slippery slope that can prevent us from learning from our mistakes, causing us to stagnate rather than grow and develop. Examples of these excuses would be excusing frequently bailing on a friend, being rude, telling a secret, etc.

If you’ve gotten to the point that you excuse most things you say or do, you’ve gone too far. Relying heavily on excuses is detrimental to your development and can cause strain in relationships. If you merely excuse everything you do, you’ll never learn to adjust your behavior. The more reliant you become on excuses, the harder the habit will be to break.

The Consequences of Making Excuses

Making excuses regularly, regardless of how trivial the excuse, has its consequences. While some of the consequences will be light, like a lecture from your boss about running late, others can be as severe as losing friends or even losing your job.

While excuses are often made in an effort to deflect blame, they often lead to consequences of their own, which tend to increase in severity the more heavily you rely on the excuses. 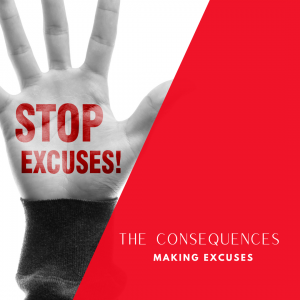 For example, if you use an excuse to miss a friend’s party once, they’re most likely going to forgive you and soon forget all about it, leaving everything amicable. However, if you bail on everything your friend invites you to with an excuse and you’re not likely to get invited anymore and may even lose a friend.

The Effects of Making Excuses

Regularly excusing your actions or behavior can affect you in a number of ways outside of the external consequences we mentioned before. First off, it can cause you to stagnate, or get stuck in your development. By excusing and dismissing your mistakes or bad behavior, you’re preventing yourself from learning from the experience.

If this becomes a habit you’re preventing your overall growth and development, as well as developing a problematic habit that’s hard to break. Secondarily, relying too heavily on excuses can affect the way you handle confrontation or critique. If you make excuses each time someone confronts or criticizes you, you’ll never be able to handle these confrontations well.

Making excuses for our behavior and mistakes is sometimes an effort to alleviate us from the fault and even to redeem us in the eyes of your friends and loved ones.

While this is sometimes forgivable but developing a regular habit of excusing your behavior can lead you down a detrimental path. It can prohibit you from learning from your mistakes, improving your behavior, and make it harder for you to break the habit, causing you to get stuck as a person.